t’s Fall 2019, and we’re kicking-off the new season with a few new enhancements and updates to our Web App and iOS Mobile App in the latest Field Squared release. Additionally, Apple has made a few recent announcements regarding iOS 13 that impact the way the Field Squared iOS Mobile App works.

We are introducing a number of new features and enhancements in the Web App 7.1.0 and iOS 3.8.1 Release. Read on for the summary release notes below.

In this latest release, we made a few notable enhancements to help you get even more out of Field Squared, including:

Mobile App
As you may have heard at their Keynote in early September, Apple has released iOS 13, the next generation of their mobile operating system.

We wanted to call attention to two features that impact how field technicians utilize the Field Squared Mobile App.

#1: New App Tracking Permissions in Apple iOS 13
In iOS 13, users have the ability to see how apps have been tracking their location. Moreover, Apple will now display popup notifications when the app is using the location feature in the background, as shown in the screenshot from Apple’s latest release notes. You’ll want to ensure your field crews are trained on what to do when they are presented with this new Apple popup notification. If you want to continue to track their location activity, choose “Always Allow.”

Apple iOS 13 includes a very useful feature for your field crews: a floating keyboard. About the size of an iPhone keyboard, the floating keyboard makes it easier to drag the keyboard to anywhere on the screen. See the image below for what it looks like.

Apple notes you can type faster, as well as freely move about the screen with greater ease. Read this article that details how to turn on the feature. 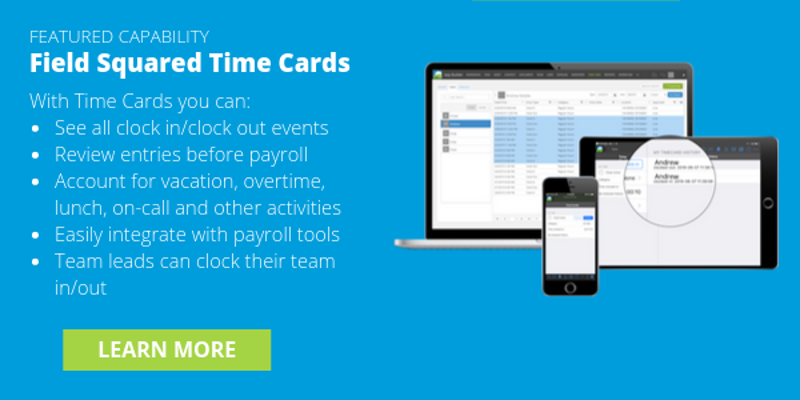